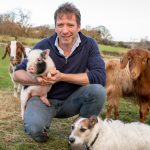 Julian is a practising vet in Yorkshire, and has been for over 25 years. Since 2015, he has been the titular character with the long-running and award-winning Channel 5 series The Yorkshire Vet. Julian is a regular contributor to Springtime on the Farm, This week on the Farm and The Jeremy Vine Show. Much of his career has been based at the “Herriot” practice in Thirsk, although he has recently opened two new practices- Sandbeck Vet Centre in Wetherby and Thirsk Veterinary Centre.

He has written six books, recounting his veterinary stories over the decades and been awarded “Yorkshireman of the year by The Dalesman in 2017. He is actively involved in various charitable organisations to encourage and assist vet students and potential new vet students, as well as rare breeds and other animal charities.

Outside of work, Julian has represented team GB in triathlon and duathlon and competed in the renowned Patrouille des Glaciers ski mountaineering race across the Swiss alps. Julian’s wife, Anne, is also a vet and they are both passionate about big cats, particularly the cheetah, conservation and wider animal welfare issues.

Julian is honoured to be CCF UK’s Ambassador with a particular interest in the Livestock Guarding Dog programme. 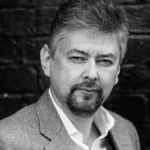 During his time with Really Useful Theatres Group he brought several Royal Variety Performances to the London Palladium and other high profile events including two series of Sunday Night At The Palladium, one series of Tonight At The London Palladium, Comic Relief 2015 and One Night Only with Robbie Williams, and two BAFTA Television Award shows to the Theatre Royal Drury Lane. The world’s biggest music and entertainment artists have played across Really Useful’s theatres during his time, including Elvis Costello, Mika, Brian Wilson, Bon Jovi, Michael McIntyre’s Big Show and Coldplay.

Spencer was also responsible for delivering the launch of the London Palladium’s variety model. He is equally well known and respected for his work in the world of motorsport, including work with A1GP, Silverstone & Rockingham Circuits and Formula E, where he works with Formula E Champions DS Techeetah. Spencer Founded the Cheetah Creative in 2017 with a key focus on product transformation, across the entertainment, music, sports, venue, ticketing, travel, hospitality, Not for Profit and luxury sectors and leading high-performance teams to success in international businesses.

Among his greatest passions is the World of wildlife and Congo, Borneo, Kenya and Costa Rica are just a few of the locations he has visited to see actual field work in action. He held an Ambassador role for the Aspinall Foundation and is currently a trustee for the Gorilla Organization and Chairman of the Fundraising and Development Board for the Big Cat Sanctuary.

He has also worked tirelessly with a number of other charities including; R4UK where he was Chairman, the Henry Surtees Foundation, Demelza Hospice Care for Children where he was Chairman of the Fundraising and Development Board, helping to raise millions of pounds across a variety of creative events and fundraising activities.

He also holds the post of Chairman of the Board of the Showtown Museum Project in Blackpool which is creating a Museum which will put Britain’s favourite holiday resort centre-stage as they reveal the town’s lasting influence on the nation’s sense of fun and entertainment. It will feature the first permanent displays in a UK public museum on circus, magic, variety, and ballroom dance.

Mo Ali is CCF UK’s first Ambassador. He is passionate about saving the cheetah, particularly in his homeland of Somaliland, and has a keen interest in highlighting the plight of the cheetah and the issues concerning other wildlife and the environment in his home country. 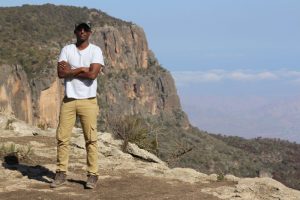 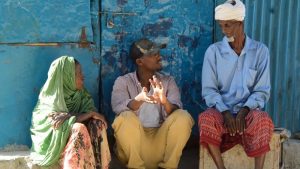 Mo Ali is an award-winning film director, working with some of the most innovative artists and actors in Britain. His feature debut, the post-apocalyptic action-thriller “Shank”, was released theatrically in 2010, entering the UK Charts at number 4 and has now been released in more than 15 territories around the world. His second feature, “Montana” (2014), was a searing look at life in the underbelly of London. After appearing at the Sitges Film Festival, the most prestigious genre festival in the world, it sold to 30 territories and it went on to be nominated for Best Independent Feature at the NFAs and both Best Picture and Best Director at the Screen National Awards.

Mo is also a board member of British Urban Film Festival, patron of the East Side Educational Trues and mentors over 20 young London based filmmakers. 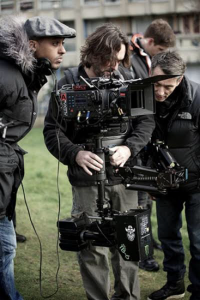 At present, Mo is now the CEO and founder of Wada Network, a platform created for talented East African creatives to learn, watch and create content.

Wada Network is an online platform company focused on producing content for the East African diaspora audience around the world. Wada Network has grown through engagement with young Somali men and women in the UK, across Canada, Somalia, and Somaliland. This targeting has enabled them to grow their audience, by 80% month on month, with impressions on Instagram, FB, and Twitter hitting 250,000 per month. 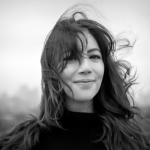 Former Young Entrepreneur of the Year and Media Disrupter of the Year recipient, Jackie Fast is no stranger in utilising change to amplify growth. She directs leaders on how to succeed through the power of sponsorship and travels the world presenting on the future of business and entrepreneurship. Jackie set up Slingshot Sponsorship, growing it from an office in her bedroom to an international, award-winning agency working with brands including Sir Richard Branson, Rolling Stones, Shell, Red Bull and more. Having sold it for millions, she has now launched a new business REBEL Pi, an ice wine brand, with plans to turn it into a global drinks brand. Many of you will also remember Jackie from her participation in the BBC’s “The Apprentice” in 2018.

Jackie is passionate about big cats and conservation and has recently returned from supporting CCF’s activities in Somaliland. She said, “I’m absolutely thrilled to be the new Cheetah Conservation Fund UK’s Ambassador. Being an animal lover, I think it’s absolutely crucial that we do all we can to stop the illegal pet trade and keep more beautiful creatures like cheetahs on our planet in abundance. The work that CCF is doing is ground-breaking in the animal conservation space and I’m delighted to be helping them achieve their vision!”

We are thrilled to have her as part of our CCF UK Team.