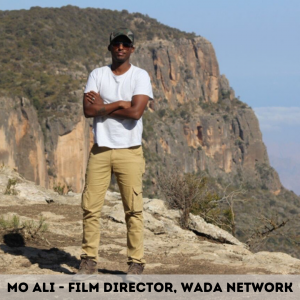 Mo Ali is an award-winning film director, working with some of the most innovative artists and actors in Britain. His feature debut, the post-apocalyptic action-thriller “Shank”, was released theatrically in 2010, entering the UK Charts at number 4 and has now been released in more than 15 territories around the world. His second feature, “Montana” (2014), was a searing look at life in the underbelly of London. After appearing at the Sitges Film Festival, the most prestigious genre festival in the world, it sold to 30 territories and it went on to be nominated for Best Independent Feature at the NFAs and both Best Picture and Best Director at the Screen National Awards.

Mo is also a board member of British Urban Film Festival, patron of the East Side Educational Trues and mentors over 20 young London based filmmakers.

Mo is the CEO and founder of Wada Network, a platform created for talented East African creatives to learn, watch and create content.

Mo Ali is passionate about saving the cheetah, particularly in his homeland of Somaliland, and has a keen interest in highlighting the plight of the cheetah and the issues concerning other wildlife and the environment in his home country.

Wada Network is an online platform company focused on producing content for the East African diaspora audience around the world. Wada Network has grown through engagement with young Somali men and women in the UK, across Canada, Somalia, and Somaliland. This targeting has enabled them to grow their audience, by 80% month on month, with impressions on Instagram, FB, and Twitter hitting 250,000 per month.