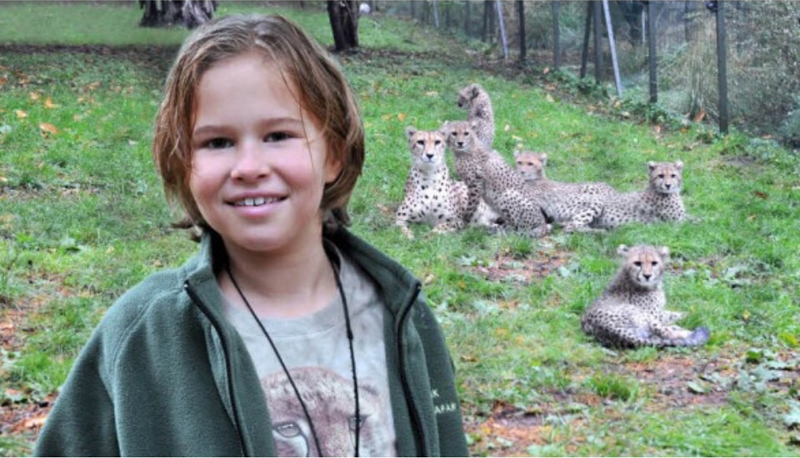 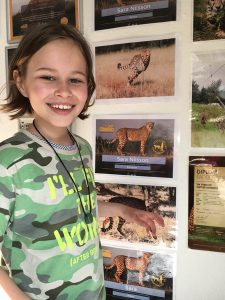 Since kindergarten Sara wondered about the Cheetahs, why are they not known any better, when they are record-breaking animals? And endangered too! There had to be more information out there. Disappointed about the level of information in kindergarten level literature, she started zipping through the books for grown-ups, asking her parents a lot of questions about the pictures – well she had to learn to read…

By eight years old she had read every Cheetah book she could get her hands on. But why was this information not collected in one place? A project arose. Sara started her very own homepage www.saran.dk combining the information she collected from books, videos, nature documentaries and zoos.

It was clear that these endangered animals had to be helped but the coins in the piggy bank were surely not enough. But if many people had a few coins, it would amount to a lot. Enough to help at least on Cheetah. Sara started a Facebook page to spread the word – and it worked! Sara got donations and soon afterwards the first Cheetah sponsorship was a reality.

Since the first Cheetah sponsorship, Sara have sponsored numerous Cheetahs and had articles in the magazines of WWF, CCF US, Artenshutz and zoos. Vacations almost always include a visit to a zoo with Cheetahs. Zoos in Germany and Denmark are frequently visited. But the zoo closest to he heart will be Ree Park Safari in Denmark, where she had a Cheetah named after her because of her dedication to the Cheetahs – “Sara the Cheetah” is currently part of an international breeding programme. 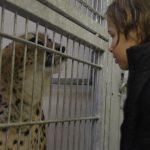 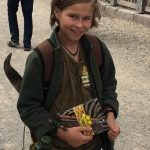 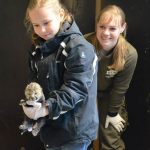 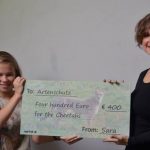 The future plans are laid out… First on the list, is to work in an animal article shop as soon she is old enough. When she gets her driving license, she dreams of being a zoo-keeper at Ree Park Safari. Then it’s off to veterinary school and finally go to Africa to work in the wild nature – with Cheetahs off cause, but other animal will do if the Cheetahs are off the endangered list.

Thank you so much Sara for all your hard work raising funds and supporting the Cheetahs. You are a true inspiration and we, at CCF UK, think you have an amazing future ahead of you!

You can donate to Sara’s fund here.