Posted on May 22, 2017 Categories: Cheetah Champion, Conservation, Get Involved, Science & Research, Success Stories No comments yet 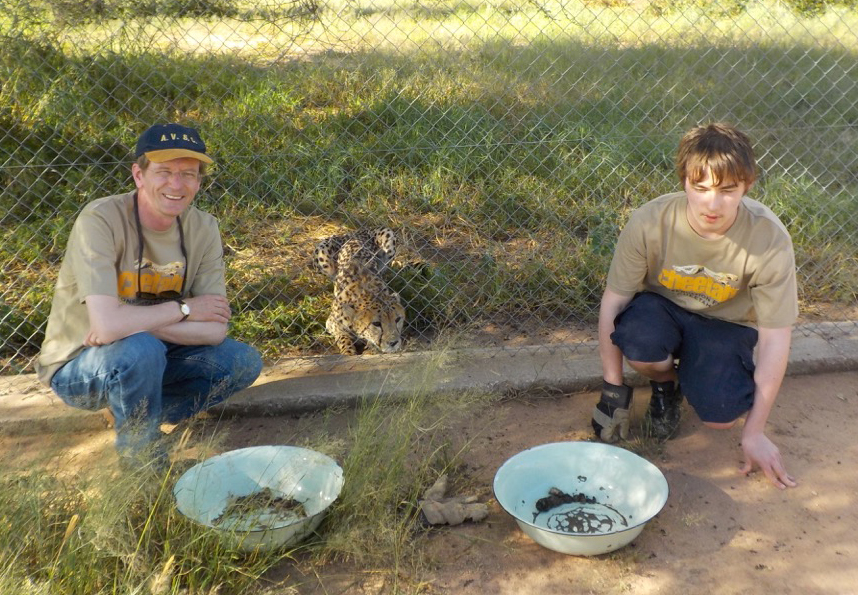 Introduction: Our Cheetah Champion for May is Max. Max is 15 and has a special connection to cheetahs. Max’s autism means he finds public spaces difficult, but when he looks into the eyes of a cheetah he feels calm and can conquer things he has difficulty coping with – like dogs and their barking. Max works hard to raise money for his favourite animal and last year he raised over £3,000 during the 2016 Walk4Wildlife event. This is his story…

I first started to feel a positive emotion to cheetahs when I was 10. But I didn’t know what the emotion I felt was until 2016 when I went with my school to Longleat Safari Park. It was an ‘enrichment trip’. Originally I said to my school I didn’t want to go as I don’t like busy places. Someone talked me into doing it by telling me I would be in a car and didn’t have to be in public and I also changed my mind because I found out there would be cheetahs there. We traveled in a car and I saw around four cheetahs in the middle distance. It was then that I realised I adored them. I liked everything about them. When I look into their eyes I loved the markings around the eyes and on their faces and they make me feel calm inside.

After Longleat I found out you could adopt a cheetah so I did this by going on the CCF UK website. Then when I looked on the website I saw that other people had raised money for CCF UK and I wanted to do something for the cheetahs that I love, too. So in September 2017 I went on a 20 mile walk in Richmond Park and raised over £3,000 thanks to people’s kindness and generosity. The walk was a bit hard for me because I’m very shy and my autism means I find public spaces difficult. But I did it because I knew I was doing it for the cheetahs!

Above: Max, feeding the orphaned cheetahs that are unable to be re-wilded because they were separated from their mothers too young before CCF rescued them. They are our Ambassador cheetahs used to educate local communities about the importance of saving the cheetah and other wildlife.

I have been very fortunate to have had the opportunity to go to CCF in Nambia with my dad. I went there to be a working visitor because I wanted to be part of something special and do more than just look at the cheetahs, I wanted to help take care of them. I felt excited and nervous. I was excited that I would be seeing a cheetah in Africa but I was nervous because I hadn’t done it before. I was particularly nervous as I knew there were going to be dogs at CCF and it’s been over 12 years since I patted a dog. I have had bad reactions to dogs for years and lots of people have tried to help me in the past. But because I knew that the dogs at CCF are there to help protect the cheetahs from farmers’ guns, I knew that I could try and conquer my strongest fears.

We flew to Doha and then to Windhoek and then took a car to CCF. When I was at CCF I felt alive and like I was doing something amazing and special every single minute. I cannot quite believe that I patted a dog, took a dog for a walk, weighed the puppies and cleaned out the dog pens. That was amazing for me. I now know I can overcome my thing about dogs.

And I haven’t even told you the best part yet. The feeling of having an orphan cheetah licking my hand. I had a shiver of excitement when I had my hand out and I was greeted with a raspy tongue! I haven’t even been licked by our cats at home before.

I liked feeding the orphan cheetahs. My dad even cut up fresh meat for them. I felt very happy and relaxed around them – I nearly fell asleep standing up because I felt so relaxed and calm.

For me this was such an incredible experience and I feel more able to meet my challenges. I really want to go to CCF again because I liked looking after the orphan cheetahs. The experience was better than any holiday I’ve ever had. The time with the animals – the dogs and their puppies, cheetahs, goats, horses – was an experience that has helped me as a person and with aspects of my autism. My social ability feels different and when I’m in public spaces now I feel a bit different. It’s as if my cheetah experience at CCF has empowered me. I know I still have a long way to go on my journey but I know now that cheetahs will always be part of my life. Thank you to the wonderful people at CCF who made me and my dad feel very welcome. I have helped the cheetahs but they have helped me too.

Max is going to be doing the 20 mile night walk for Walk 4 Wildlife on the 28th October.

Here is the link to his My Donate page: https://mydonate.bt.com/fundraisers/maxhenshaw2