Posted on August 10, 2018 Categories: Cheetah Champion, Conservation No comments yet 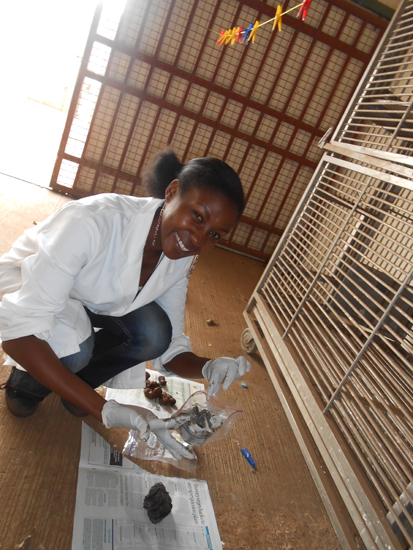 The Messier Side of Cheetah Conservation

Our Cheetah Champion for August, Noreen Mutoro, Msc, is an Assistant Scientist at Action for Cheetahs in Kenya (ACK), a partner of CCF and co-founded by Dr. Laurie Marker. Noreen completed her Master of Science in Biology and Ecosystem Management from the University of Nairobi in 2015. The focus of her study was the evaluation of prey selection in cheetahs in the Salama and Athi Kapiti regions. Here’s her story. 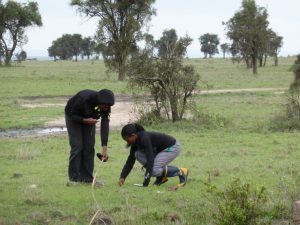 Saving cheetahs is not always a clean affair … sometimes it is downright dirty. The science of saving cheetahs involves understanding them from genetics to landscapes, especially now when over 70% of their population lives outside protected areas. My work in cheetah conservation started in May 2013, when I was introduced by a colleague to Mary Wykstra, Director of Action for Cheetahs in Kenya (ACK).

Growing up, I had very little exposure to wildlife and conservation. I was born and raised in the city and, back in my village in Western Kenya, most of the wildlife species were often referred to or described in past tense. The few encounters I had with wildlife were during the occasional school trips to the Kenya Wildlife Service Animal Orphanage and other wildlife facilities, and once in grade two when I held a bird that fell inside the classroom during a maths lesson after it was hit by a sling shot. Instead, I learned about wildlife management and conservation during my undergraduate degree.

I was later introduced to carnivore research during my Masters degree in conservation biology. The aim of my research project was to understand the feeding ecology of an elusive cheetah population living in a community area in Salama-Kapiti, Southern Kenya. I used undigested prey remains in cheetah faeces to reconstruct what their diet consisted of. What I loved about this experience was the possibility of seeing a cheetah in its natural environment, its tracks and/or scat in the field and experimenting with new methods of identification of cheetah droppings and prey through bones and hair characterisation in the laboratory. We found that cheetahs in this highly fragmented ecosystem had a diverse prey base that ranged from hares to larger ungulates like wildebeest. They mostly relied on wild prey, especially Grant’s Gazelle, but occasionally selected domestic animals. Completion of this study not only translated in to a Master’s degree but also a better understanding of cheetah ecology. 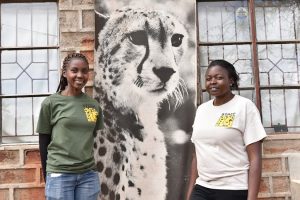 Over the years, I have come to better understand the value of scat in ecology and research. I have also recognised the importance of applying interdisciplinary approaches in ecological studies – because most wildlife share spaces with humans. In the next phase of my career I aim to apply integrated methods (Including interviews with wildlife managers and community members, game counts, habitat analysis and scat studies) to understand cheetah ecology in human-dominated landscapes in Northern Kenya. I believe this will provide a holistic view of cheetah conservation in Kenya based on ecology and sociology. Working closely with ACK, I will look at cheetahs from a landscape to a molecular level, in a similar way to the National Cheetah Survey.  I am most excited that the new and innovative approach we are taking can be applied to cheetah conservation on a large scale, as well as provide a model for conservation of many other threatened and endangered species. I am honoured by the opportunity to work with ACK staff in the field and to work alongside so many champions for the cheetah on a national and international level.