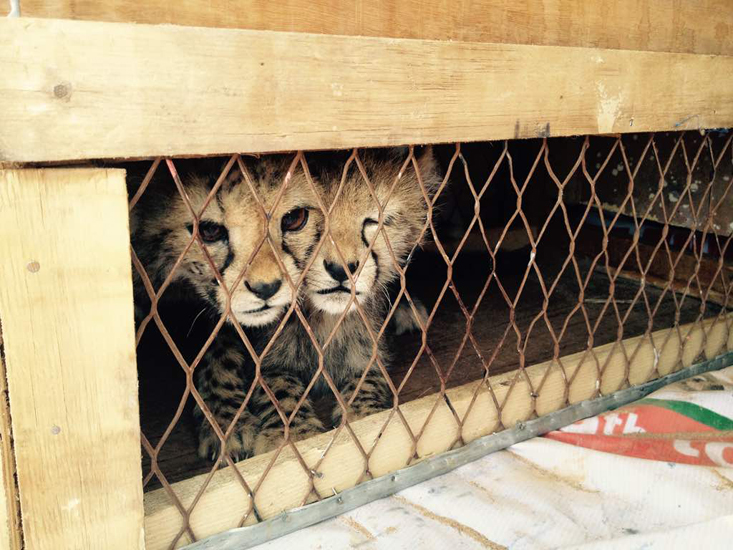 THIRTEEN cheetahs destined to become status symbol pets in the Middle East have been seized from wildlife traffickers.

Vets are trying to save the three youngest cubs which were in extremely poor health when they were confiscated en route to the Arabian Peninsula.

Tragically for the cubs, they were stolen from their mothers at such a young age they have been unable to learn how to hunt and fend for themselves and will need to be kept in care.

Cheetahs were once used as hunting animals by powerful rulers but the 21st Century has seen them become must have luxury accessories for rich, young Arabs to flaunt with their sports cars and speedboats.