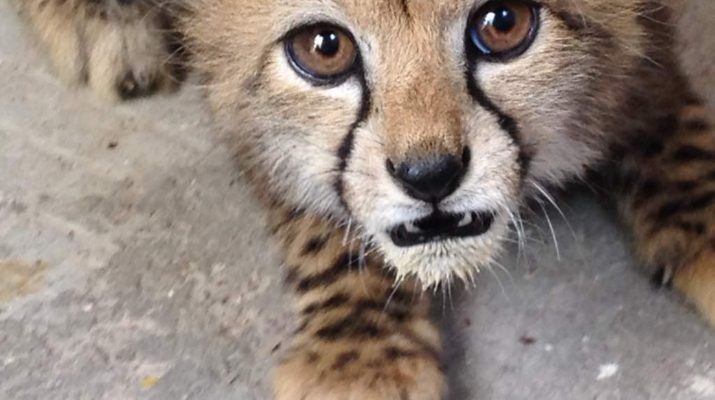 Somaliland lies in north western Africa, an autonomous region of Somalia fighting for international recognition as an independent nation. Somaliland, next to Ethiopia and Djibouti, is in The Horn of Africa and very close to the Arabian Peninsula. Based on information provided by contacts in the region, CCF estimates 300 cheetah cubs are being smuggled through Somaliland each year, then taken by sea or air into Yemen. They are sold throughout the Gulf States, where cheetahs are a favored pet. The area is recognized as the largest source of wild cheetahs for the illegal pet trade and a preferred route or traffickers.

CCF has been developing contacts in the Horn of Africa to assist with the issue of illegal trafficking for more than a decade, but has stepped up efforts in the past two years as the situation in the region has become more critical. In December of 2016, the International Fund for Animal welfare (IFAW), an organization we’ve been collaborating with since 2014 on illegal cheetah trade in the context of CITES (Convention on International Trade of Endangered Species), and CCF co-organized a Cheetah Stakeholders Workshop in Addis Ababa, Ethiopia, to engage with government and NGO leaders in the region and address this issue. Prior to the Workshop, we also had an opportunity to attend the Horn of Africa Wildlife Enforcement Network (HAWEN) Steering Committee meeting, where we were able to share information with regional government officials.

Whenever possible, CCF cooperates with governments in the Horn to assist with confiscations of illegally trafficked cheetah. In early April 2017, Patricia visited Somaliland for the first time to assist our collaborators from the area. We didn’t have expectations. We knew the government was dealing with a drought that was affecting millions of people. Our goal was to meet face to face with authorities, especially the Hon. Shukri Haji Ismail, Minister of Environment and Rural Development, and develop a framework to facilitate Somaliland’s ability to fight the trafficking of wildlife. The Minister was not only a gracious hostess, but also showed her commitment to being a pro-active partner in these efforts. One thing is clear: Somalilanders do not want to be known for the actions of wildlife traffickers. They agree that harming animals is against Islam, and against the law.

Following this visit, our new contacts from the Horn Society for the Protection and Care of Animals (SPCA) sent us a link to a video where police appeared with a cheetah. Our SPCA friends, two smart, young veterinarians, told us about three young adult cheetahs that had been smuggled from Ethiopia into the region of Wajale; they had escaped from the vehicle in which they were being transported. We immediately sent the information to our contacts in Hargeisa, the capital of Somaliland, who got approval from the Minister to dispatch our team to fetch the cheetahs.

While this was happening, we also learned that authorities had confiscated nine small cheetah cubs in El Sheik, somewhere between Hargeisa and the coastal city of Berbera. The Minister asked our collaborators to pick up the cubs. Vehicles were rented, and a team mobilized to travel to both places the next day. By evening, the team had taken possession of the cubs.

Quite unexpectedly and with no resources at hand, our collaborative team of two in Somaliland had their hands full with cheetah cubs to look after. Anyone who has rehabilitated wildlife or taken care of baby animals knows exactly what this means. Sleepless nights, constant cleaning and feeding, worrying, and providing all manner of care. Several of the cubs did not make it more than a few days before passing away.

But taking on these cubs opened the door to a host of new problems. There is no wildlife rescue center in Somaliland. In addition, the Somaliland government no longer allows the transfer of confiscated animals to rescue centers outside the country, as they had done in the past with other confiscated cheetahs. Funds would be needed to secure a place to keep the animals and to pay for food, supplements, enclosures, and round-the-clock caregivers. CCF contacted many potential partners, including IFAW. Within one day, IFAW offered to partner with us on this latest rescue and to support the first six months with much-needed funds to provide shelter and care for the cheetahs.

Very quickly, the team in Somaliland mobilized to manage the situation. A temporary shelter was created at a rental home, a walled compound with sufficient outdoor space. Enclosures were built in the courtyard, and the surviving cubs were transferred to their new base. As of this writing, three of these cubs have survived their ordeal and are growing rapidly. They appear to be healthy, however we are not out of the dark yet. Small cheetah cubs are very difficult to raise. While what will happen for them in the future is unknown, for now, they are safe and being well looked after.

Confiscations like this may be considered a success, but they don’t come without challenges. In addition to the financial needs to provide these animals with appropriate housing and care, future confiscations present a difficult situation. A Somaliland sanctuary is being considered, but it must be carefully planned and managed properly. In addition, an effort to increase awareness, reduce trafficking and increase confiscations and penalties against traffickers must also occur to achieve success.

CCF is taking a leadership role in the fight against the illegal trade in cheetahs as we consider this to be one of the main threats to long-term cheetah survival in this region. We will continue working towards solutions in Somaliland and have high hopes for the future. But for now, CCF will work to provide care and nurturing for these cubs until they can be permanently placed. CCF will also continue to work with the Somaliland Minister of Environment and Rural Development and all the organizations who support our efforts, especially IFAW –our partners in this fight. 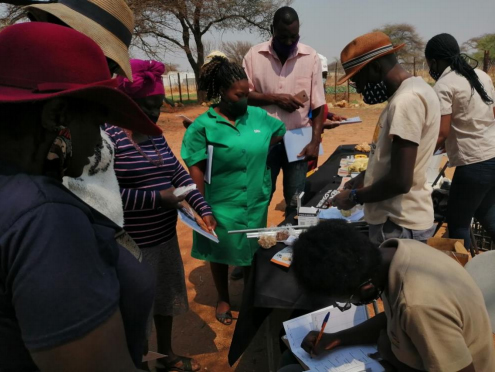 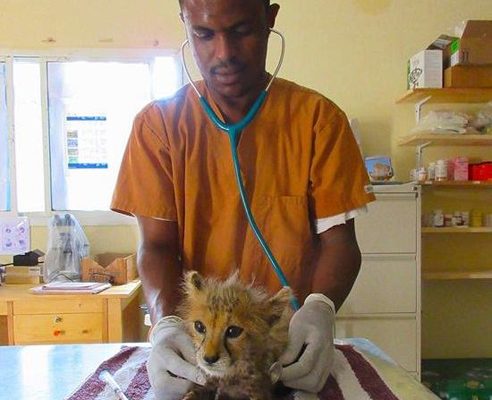