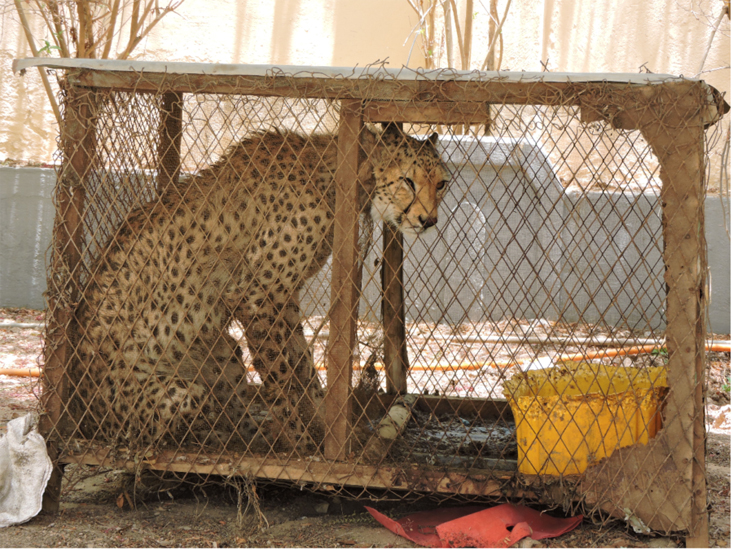 Seized from the wild when they’re as young as 6 weeks to feed the illegal pet trade, cheetah cubs may look cute but more often than not they don’t survive. ‘Pet’ cheetahs rarely make it past a year. Cheetah populations are plummeting.

The Cheetah Conservation Fund – a registered charitable trust in the UK – is leading the fight to clamp down on this heartbreaking trade. Patricia Tricorache is the Fund’s Assistant Director for Strategic Communications and the Illegal Wildlife Trade. She blogs for us here on the recent seizure of 6 cubs in Hargeisa in Somaliland and why it’s so important not to ‘like’ Instagram posts of exotic pets. 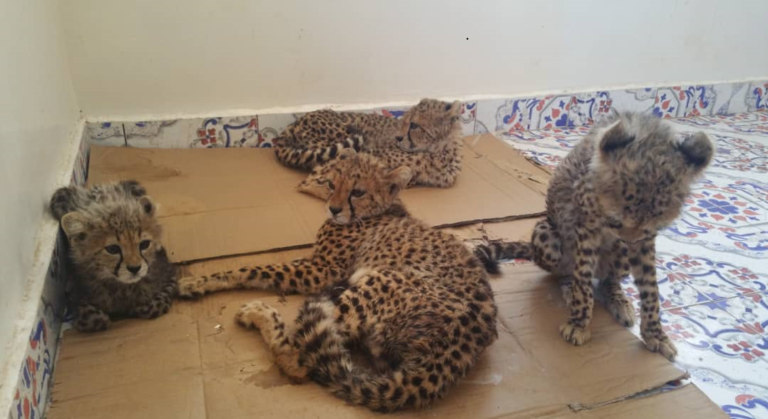 Pet cheetahs ‘rarely make it past one year’

In the last three weeks alone we’ve rescued eight cubs in two separate seizures: 6 cubs in one incident and 2 in a second. Before that, we had one seizure of 2 cubs in May. In 2017 10 cubs were rescued in two seizures in April. In July, 2 cubs were rescued and in December we rescued one. All of these seizures took place in Somaliland, where the Cheetah Conservation Fund has been most successful in building a local network and where we work in close collaboration with the government.

CCF is a global organization. We focus on all cheetah-range countries throughout Africa and Iran although we are of course active worldwide. Our illegal cheetah trade data includes data from both the illegal trade in cheetah product and the illegal trade in cheetahs as pets. Since November 2005, we’ve recorded about 400 incidents in 46 countries in 10 geographical regions. 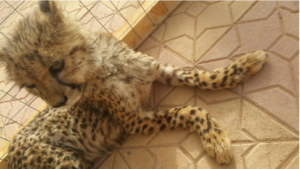 The main regions for live cheetah trafficking are East Africa and the Middle East, where demand for pet cheetahs is high. We estimate that an average 300 cheetahs are smuggled out of East Africa/Horn of Africa, across the Gulf of Aden, into Yemen, Saudi Arabia or Oman, for distribution in the illegal pet trade.

We spend a lot of time researching on the internet for advertisements offering cheetahs. Many of these are on Instagram. This research is still in progress and quite laborious as we must eliminate possible scams or people who are owners but not sellers. Our data on this is partial. From 2012 to date we have recorded 1,500 cheetahs offered through about 400 seller accounts. Of these, 98% are advertised in the Arabian Peninsula. Sometimes we receive reports of several dozen cheetah cubs being offered for sale by dealers out of Yemen or Saudi Arabia at one time.

No time to build immunity

Cheetahs are very delicate animals, in part because of their limited genetic variations. Even under professional care, the mortality rate for captive-bred cheetah cubs averages 30%. Intercepted cubs have often been taken from the wild at 6-12 weeks’ old and have had no time to build immunity.

We often find them malnourished, dehydrated and sick. One of the cubs we got last year had severe Metabolic Bone Disease (MBD) caused by improper diet. Its front legs were completely bent outwards. Since he’s been with us and has been given the right nutrition, he is able to move almost normally. In Somaliland, our mortality rate last year for intercepted cubs was 85% due to a virus. On average it is about 40%.

Our highest concern is for the cheetahs that we are not able to track down and get confiscated. We can assume that some of them make it to “the market”. The standards of care for those animals once they are sold are less than optimal because the owners lack the necessary knowledge. We have seen that pet cheetahs in the UAE rarely make it past one year. I recall an interview with a Saudi veterinarian who said that she had seen about 100 dead cheetah cubs in a 6-month period. 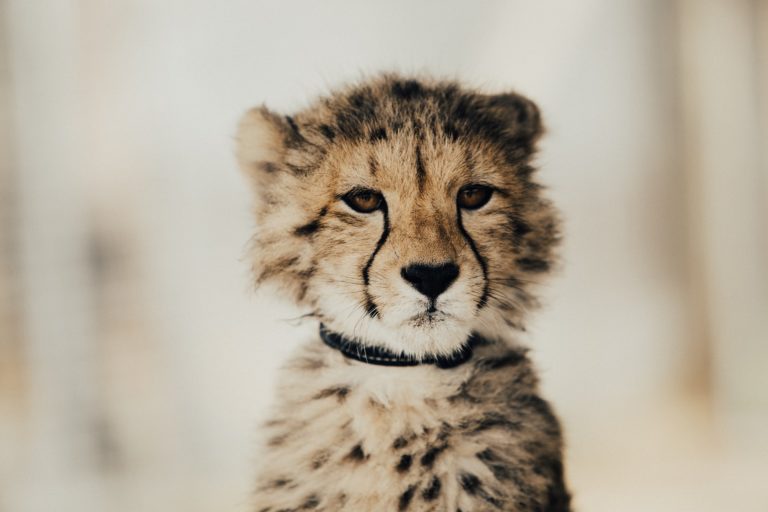 The 6 cubs confiscated in early August are doing well though the prognosis is guarded. They are still very thin and stressed. We had to transport them to the court as evidence against the 2 dealers from whom they were taken. This same pair also had nine cubs confiscated in April 2017 and had not been punished. They were sentenced to 3 years in prison and a fine of 300 US each. This represents the first successful prosecution for us.

The illegal trade in live animals does not attract as much attention as the trade in ivory, rhino horn, pangolin scales or tiger bones. This makes it more difficult to obtain funding for training, capacity building, awareness and even to care for the confiscated cheetahs.

It is important to raise more awareness of cheetah trafficking. That’s not only because the trade is putting already small populations of cheetahs at risk of disappearing. It’s also because many dealers are also trafficking in other endangered species such as orangutans and gibbons from Asia or chimpanzees from Africa – also for the pet trade in the Arabian Peninsula. It is important to make people realise that every time they click “like” or “love” on posts showing people with exotic, endangered pets, they are encouraging the illegal trade.

Money raised by the British embassy in Zimbabwe’s Political Counsellor John Culley went towards the care of the 6 cubs seized recently in Hargeisa. The UK is committed to leading the fight against the IWT and will host a global conference on the trade in London in October. 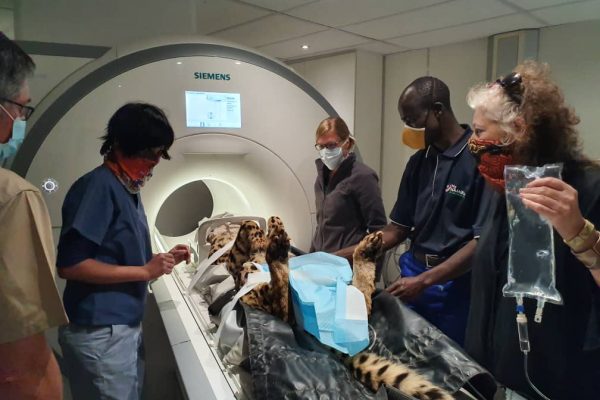 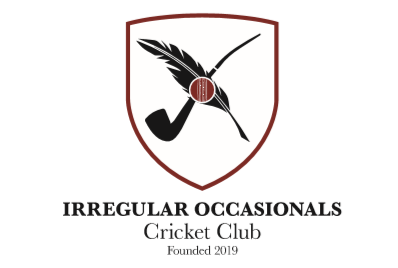 Saving cheetahs with a spot of cricket 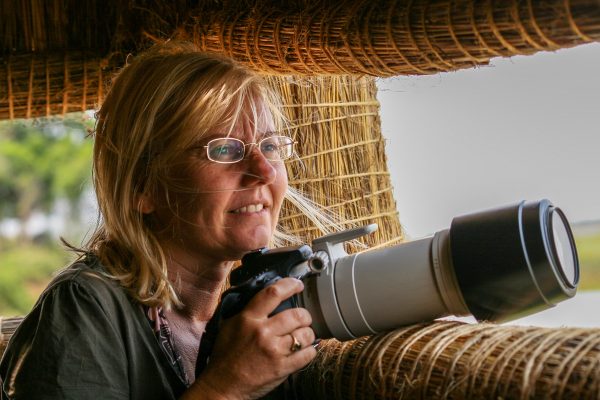