In 2017 we are celebrating CCF UK’S ‘CHEETAH CHAMPIONS’

Posted on March 7, 2017 Categories: Cheetah Champion, For Kids, Fund Raising No comments yet 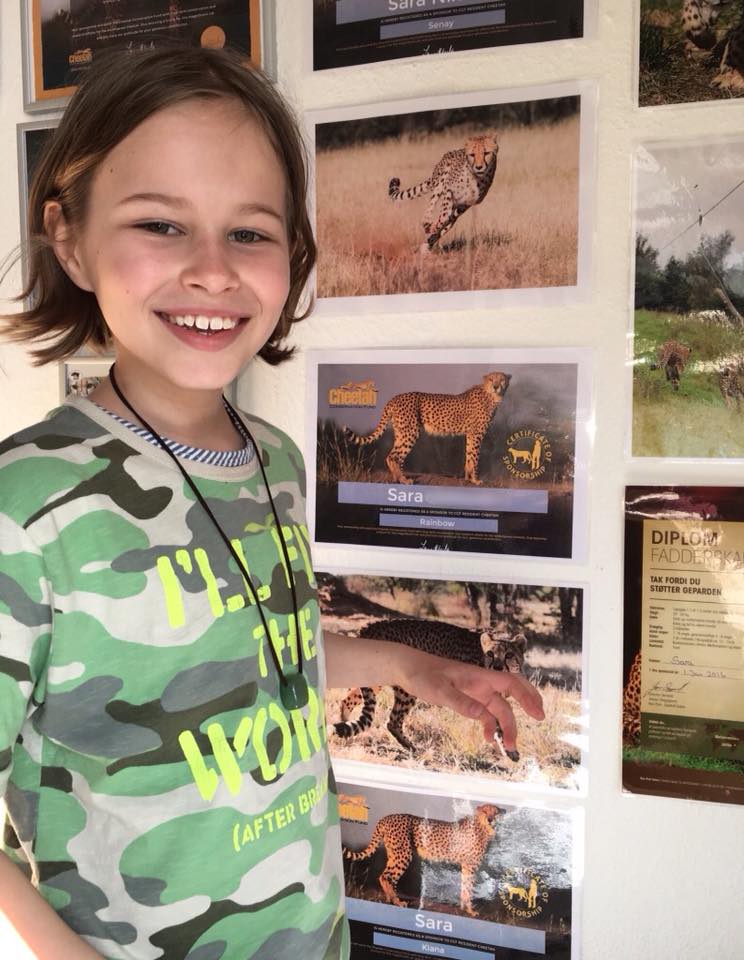 In order to celebrate all of the amazing people out there who dedicate their time to helping cheetahs, we have decided to create a new monthly ‘Cheetah Champions’ section on our blog.

By hitting the “Cheetah Champions’ button you will be introduced to the people who are passionate about our iconic big cat, and work tirelessly to make sure the cheetah sticks around for future generations to enjoy. Our Cheetah Champions are the lifeblood of CCF UK and play a critical part in so many different ways, helping to prevent the cheetah from becoming yet another statistic on the extinction list.

Each month we will feature a Cheetah Champion story on CCF UK. By sharing their story we hope to inspire others. Anybody can be a Cheetah Champion, maybe you know one? Maybe you already are one? Please contact emma@cheetah.org.uk if you would like to share your story with us!

Our first EVER Cheetah Champion is Sara. This is Sara’s Story……

Sara is very special to us because she works nonstop to raise money for her favourite animal, the cheetah. What is even more special is that Sara is only 10 years old and from Denmark, and has been raising money since she was 8. She recently got in contact with us and asked whether she could donate the proceeds from her fundraisers to CCF UK. As you can imagine, we were THRILLED! So far, Sara has sponsored five of our cheetahs at CCF HQ in Namibia, and four  cheetahs at Ree Park Safari in Denmark (www.reepark.dk). Sara also has her own website with more information about her love for animals which can be found here (in Danish) www.saran.dk/414243158. Incredibly Sara is so passionate about helping cheetahs, and understands how funding has helped Dr Marker with her research and successful conservation projects, that she also donates her own pocket money to the cause. What a true Cheetah Champion she is. Well done Sara!

“WHY I LOVE CHEETAHS” By Sara

Cheetahs are the fastest land-living animal. The fastest cheetah ever recorded was named  Sarah (almost like me!) and could run at 113km/h! Unfortunately Sarah died last year, but I  hope that there will be a new, even faster cheetah recorded in the future.

I think cheetahs are beautiful, with their spotted fur and the two black tear stripes. From tail  to nose they are built for speed.

Cheetah cubs are the cutest, playing around all the time! Cubs don’t look like grownup cheetahs and that’s smart: the cubs look like honey badgers, which all other   animals are afraid of – even the lion!

I have seen many cheetahs in different zoos, but I hope one day to see cheetahs running wild in the African wilderness.”

Sara’s biggest dream is to work with cheetahs in Africa when she grows up. Well, thanks to her incredible work and fundraising, she already is.

The money that Sara and other Cheetah Champion fund raisers collect will help to expand our successful programmes, such as our Livestock Guarding Dog Programme, across Africa. It will also go towards combatting the illegal pet cheetah trade; a major threat to cheetah populations and developing our schools programme, which educates new generations of cheetah protectors, so that they will love and protect the cheetah as much as Sara does.

Sara’s latest project is her ‘No Birthday Presents for Me!’ campaign, in which she is asking absolutely anyone who loves animals to donate to her Better Place fundraising page instead of giving her a birthday gift. Sara turns 11 years old on the 23rd March 2017, and if you’d like to make a birthday donation and support Sara’s cause you can visit her fundraising page: www.betterplace.org/en/fundraising-events/29409-hi-i-m-sara-no-birthday-presents-for-me and click ‘donate now’.

All that’s left to say is a HUGE thank you and cheetah purrs to our first ever CCF UK Cheetah Champion, Sara, and all she has done to help cheetahs. We totally understand why the cheetah is your favourite animal, Sara, they are definitely ours too! We wish you all the luck in the world with your brilliant fundraising efforts to raise money for Africa’s most endangered big cat.

Do you have what it takes to be a Cheetah Champion? If so, we’d love to hear from you! Contact us at emma@cheetah.org.uk with your story.