**Please Click Here to Register for Gift Aid when Donating!**

2019 is the Year of the Livestock Guarding Dog: 25 Years of Dogs Saving Cats

Ninety percent of cheetahs live on unprotected land, alongside humans, which increases the risk of human-wildlife conflict – often with disastrous consequences.   During the 1980’s and 1990’s, farmers were removing 700-800 cheetah a year from the Namibian landscape, drastically reducing wild populations.  In direct response to this emerging conservation crisis, CCF decided to act.

In 1994, CCF developed the ground-breaking Livestock Guarding Dog (LGD) programme, through which it helps farmers to protect their herds and livelihoods by providing them with a livestock guarding dog. These special dogs have been used in Europe for centuries to deter predators.  Known for their imposing physical presence, fierce bark and loyal, protective nature, these dogs live alongside the herd and act as a buffer

Due to the foresight and ingenuity of Dr. Marker, the pioneering participation of the farming community, and the kindness and generosity of CCF supporters, the LGD programme has been a huge success and the lives of hundreds of cheetahs have been saved.  CCF has placed 650 dogs with farmers in need, resulting in a significant reduction in both livestock and predator losses. Namibia now boasts the largest population of wild cheetah and the LGD programme has been adopted by other cheetah-range countries, including South Africa, Botswana and Tanzania.

However, the fact remains that there are now fewer than 7,100 wild cheetahs left on the planet.  If we are to save the cheetah from extinction we must act fast.  This year, our goal is to deploy a further 50 livestock guarding dogs.  By supporting our LGD Appeal, you can help us achieve this goal. 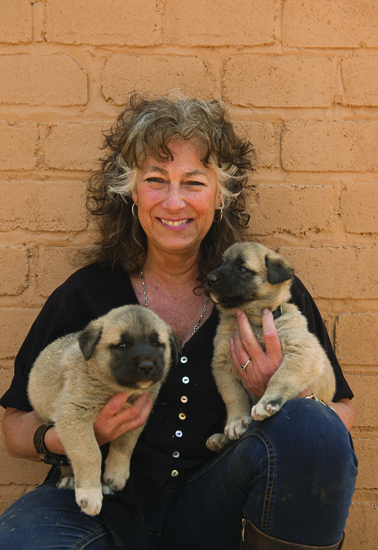 2019 marks 25 years of these special dogs saving big cats. Livestock guarding dogs have since become the Namibian farmer’s best employee, and CCF’s most vital ‘paws on the ground’ partner in cheetah conservation.