Cheetah Conservation Fund UK > News > CCF in the News > Msafiri, Kenya Airlines In Flight magazine, highlights the plight of the cheetah and the important work of CCF

Msafiri, Kenya Airlines In Flight magazine, highlights the plight of the cheetah and the important work of CCF

Posted on September 18, 2017 Categories: CCF in the News, Conservation No comments yet 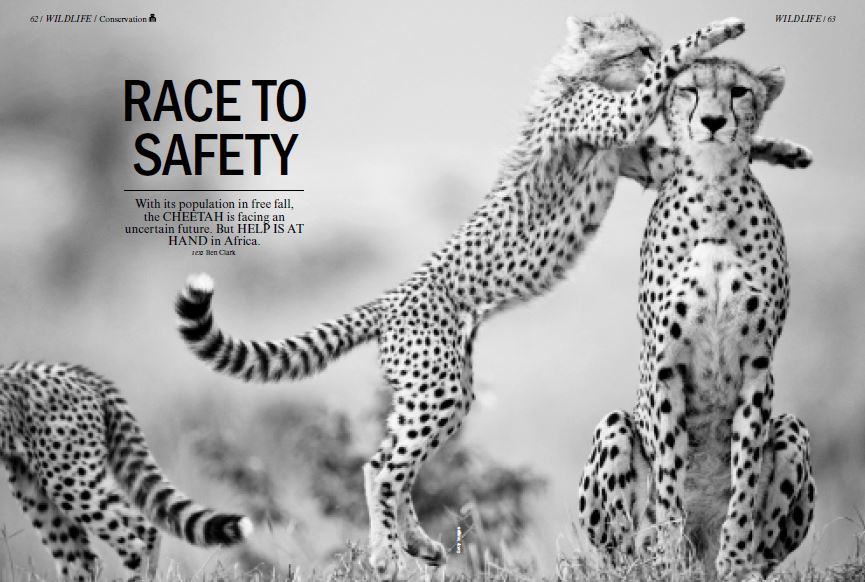 THE DECLINE of the cheetah is not a recent event. It began during the last Ice Age (12,000 years ago) when the cheetah was forced to migrate from North America to Asia and Africa with very few numbers, leaving the species genetically the same. With a 112 km/h top speed and average hunting speed of 64 km/h this cat is the fastest land animal.

An ability to move quickly might explain why it’s able to roam over vast areas – 1,500 sq km – to access more prey and
thrive. The loss of genetic diversity and reduced habitat had a significant effect on the animal’s wellbeing.