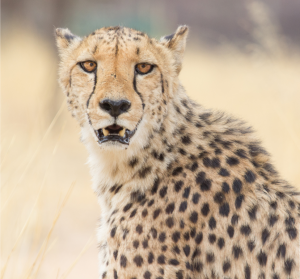 In September 2005, CCF received a call from a farmer who had caught three two-month-old cubs. He caught Hermione first, Ron three days later, and Harry four days after that. The cubs were very weak and had apparently lost their mother, whose fate remains unknown.

Ron is named after one of the characters in the Harry Potter books by J.K. Rowling. Much like his namesake, Ron is one of most comedic cats at the centre, pulling at his sibling’s legs or stealing food right from under their noses. He loves to be the big brother of the Hogwarts trio. He often chases his sisters around the pen for play, preferring to chase them than chasing lures. Ron’s distinguishing marks are his kinked tail and almond-shaped eyes, which are very light amber in colour.